A Foreigner's Guide to Languages in Odessa

The Ukrainian language is just enough to disorient a Westerner -- even if you know Russian! The languages are very similar, but they are truly separate languages -- just enough alike and just enough different to drive you crazy! For example, let's consider the EASY part -- the cyrillic alphabet! Russian is already a strange mixture of Latin, Hebrew and Greek! But then, once you get the hang of that and start in on Ukrainian, you find there are several new letters, and it reorients a few of the letters to have a different value and different name! For a Westerner, it is constantly disorienting.

Therefore, when you look at a street sign in Ukraine, you are NEVER SURE of anything!! You aren't sure if you are reading a name in Ukrainian or Russian, or even if it is a transliterated English word, or a MIXTURE of ALL 3!

But Odessa is also an unusual place, located on the Black Sea, one of the few warm-water ports of the Russian empire, so it has always been considered very cosmopolitan and rather independent. In the early 1800s, it was a Free Port, so underworld elements tried to circumvent taxes by sailing ships in and then smuggling things out. There are hundreds of miles of tunnels or catacombs under the city, through which pirates used to convey contraband. (Even today, some would say Odessa has underworld elements at work in its politics.) We could consider Odessa the Savannah, Georgia, of Ukraine, since it was built about the same time, with the same type architecture, and has some of the flavor of Treasure Island and the Pirate's House. But Odessa is also historically very Jewish, having a large population, which has flavored its culture, values, humor, and language.

When Tsarina Catherine the Great decided to build Odessa and settle the Ukraine, she invited many western Europeans to live tax-free and build up the area. The presence of many Italians and French in Odessa also led to some interesting names of today's streets. An early French governor was De Ribas. He did a great job, so, he was eventually honored by having the main street of town named after him: De Ribas Street. However, in Russian, the name goes through a strange transformation process. It goes from French De Ribas to Deribas, then it has to refer to the family as the Deribasov family, and then the make an adjective it becomes Deribasovsk. But since the word for street is Ulitsya, and it is feminine, it becomes Deribasovskaya Street. So we go from De Ribas to Deribas to Deribasov to Deribasovskaya! Just for fun, the name Street goes before the name: Ulitsya Deribasovskaya.

Oh, and did I mention that Russian is a Case-sensitive language? This means that every time you use it a different way in a sentence, the ending must change, according to complex rules!

Actually, this is a very simple case, since Ulitsya is a feminine noun, which has the same ending in all the oblique cases! The masculine is even worse!

Unlikely as it may seem, this unseemly French/Russian name has come to be a common household word across Russia, because it became the equivalent of New Orleans' Canal Street, with jazz, street singers, and activity.

OTHER STREETS IN TOWN

Many of the other streets in Odessa, however, have changed with each change of government or language. Since people have been confused, there is a marked difference in the way different generations give directions. The older generation would refer to the Soviet names, such as Soviet Army Street (where I live) or Lenin Street, or Karl Marx Street. When freedom came from Soviet rule, some names reverted back to their pre-soviet, Tsarist names: St. Katherine's Square, Trinity Street, Transformation Street, or Resurrection Street. Yet, some streets took on a brand new name -- providing 3 options for the name of those streets!

But then, that is still oversimplifying... After all, we are in Ukraine, and the national language is Ukrainian! So, although the majority of people in Odessa speak Russian, the street signs were almost all changed to Ukrainian versions of all these names!!

Coffee with the Underworld

You never know when you'll be taken to the Edge... and beyond.

In the midst of our recent move -- when the moving van had just arrived outside our apartment and I had just carried down the first box -- I got a phone call from the Embassy. Two tourists lost their passports, which had now appeared in Odessa. Would I please help by receiving them and holding them until someone can come get them? Sure. But... a series of calls ensued, and I needed to go meet the guy. Sure, no problem....

Next day, I find myself at a clandestine meeting, walking around a building so I can be observed for a tail, then sitting down with a shady character at a swanky coffee shop, waiting for a shifty third party to bring the documents. They're all there. "Thanks! Can I give you something for your trouble?" (Like, a cup of coffee...?) He smiles. "How about $200?" I back away and refuse, since I'm just doing a favor for a friend. They're disgusted, but they insist I take the documents, saying, "If they have a conscience, they'll do the right thing." Conscience, huh?

So, you just never know. Out here on The Edge, a preacher can end up getting a lecture on ethics from the Mafia! Life never ceases to amaze!

Life on the Edge

Life on the Edge is all about Ukraine and its special uniqueness -- at the end and at the beginning of things. Life here is certainly unique.

Ukraine is the Edge.

Why do I say that? Because of "Ukraina" (U-Krai-Na). Let me explain.

There was an interesting place in Portugal -- out past Sintra and Cascais (yes, even past "The Mouth of Hell"!) -- which was called "The End of the Earth" -- and that was its claim to fame. The mayor sold Diplomas that said you had been to the end of the earth! Pretty interesting place for a missionary to go! (I still have my diploma, in case you're wondering.)

SO -- Here's what is coming in this section -- when I get a chance to write:

Well, that's a start to whet your appetite! I share this so you can experience our neighborhood and catch the flavor of our everyday lives here. Thank you for sharing in this adventure with us! We're thankful to be here in this exciting place, looking for God's Kingdom to extend indeed to ALL the ends of the earth! (And we are often privileged to see it!) Come again! 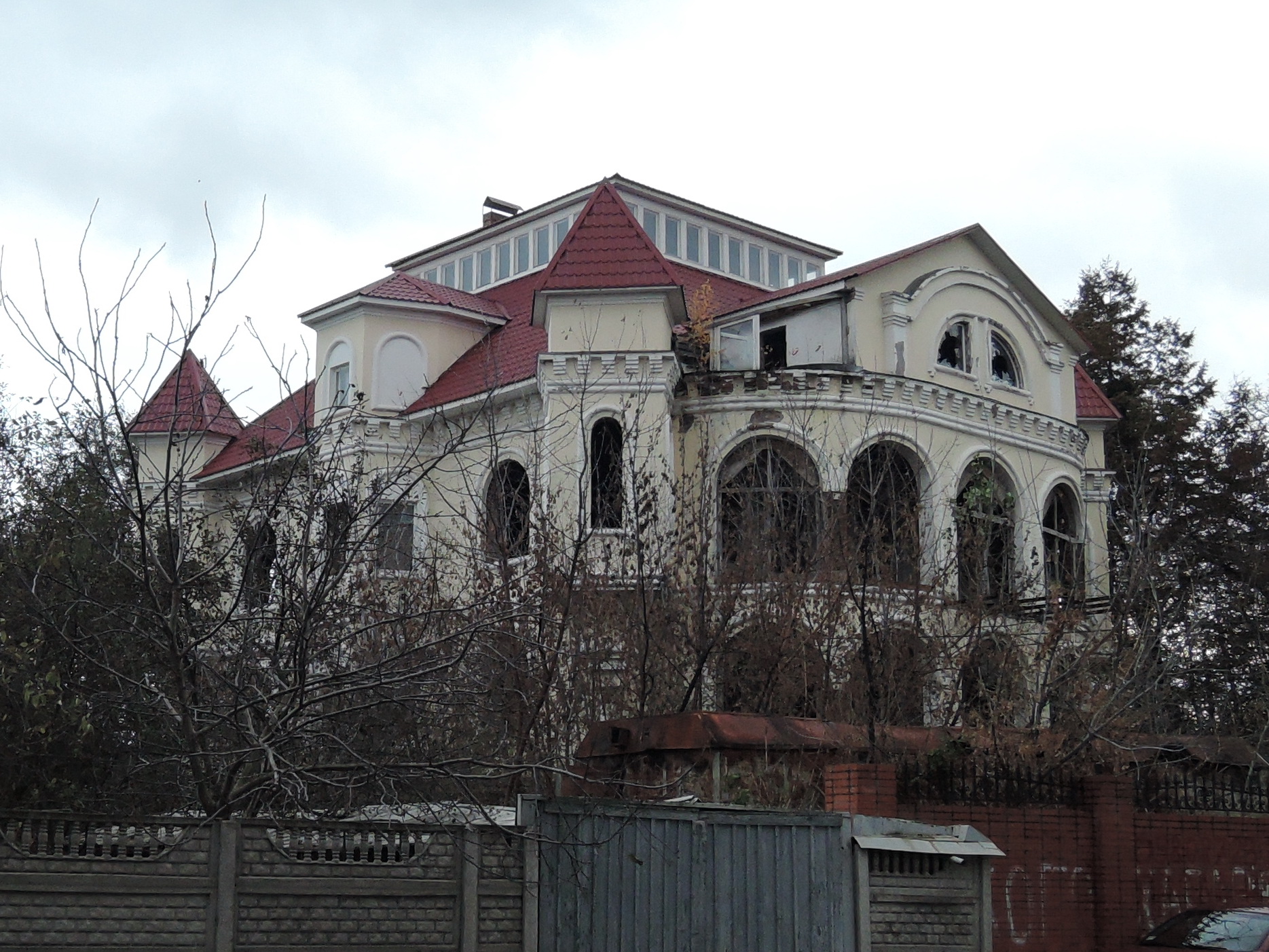